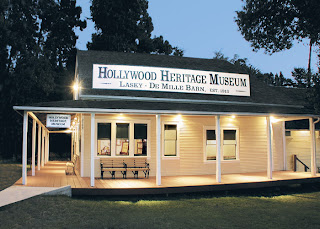 On Saturday, November 5th, 2011 from 2:30 p.m. - 7:30 p.m. the Silent Society of Hollywood Heritage is having an all-day tribute to some of the great actresses of the silent cinema by presenting several silent films throughout the day.
The tribute starts with a screening of SEX, starring Louise Glaum at 2:30 p.m., followed by ARE PARENTS PEOPLE?, starring Betty Bronson, Florence Vidor and Adolph Menjou at 3:30 p.m. and ending with the screening of LILAC TIME, starring Gary Cooper and Colleen Moore at 7:30 p.m.
All silent film presentations will be accompanied by the talented composer and musician, Michael Mortilla, who is to say the least an essential component to a silent film screening and a favorite among silent film cinephiles. I've always felt that the (silent) film is the body and the (silent film) score is the soul. To look at a silent film without music is to see and read the words but to have it accompanied by a talented composer / musician is to hear those words speak and joggle your emotions. I have been present at many silent film screenings where Mr. Mortilla was the featured composer and I, among other cinephiles, have never been let down by his wonderful musical presentations.
The Hollywood Heritage is located across the street from The Hollywood Bowl in the Lasky-DeMille Barn at 2100 N. Highland Avenue, Hollywood, CA
Posted by SilentCinema.com at 10:49 PM