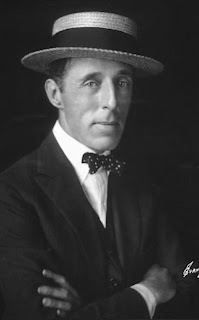 We fully agree and are showcasing his blog below to share his insightful posting with our audience. Bravo, Mr. Bogdanovich.

The Birth of a Nation 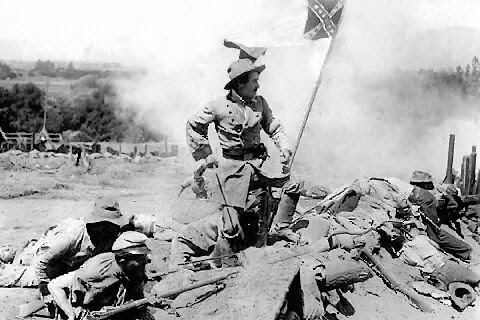 In January, 2000, the National Society of Film Critics issued a blistering statement of protest that “deplores the rash decision” made by the Directors Guild of America’s National Board a month before to retire the name of its highest (lifetime achievement) honor, the D.W. Griffith Memorial Award, citing as their reason the racist stigma attached to Griffith’s 1915 Civil War landmark, The Birth of A Nation (available on DVD), the second half of which depicts sympathetically the rise of the Ku Klux Klan. The Film Critics went on: “The recasting of this honor, which had been awarded appropriately in D.W. Griffith’s name since 1953, is a depressing example of ‘political correctness’ as an erasure, and rewriting, of American film history, causing a grave disservice to the reputation of a pioneering American filmmaker…The DGA’s national board might spend its time on more significant business: as a watchdog pressuring the industry to improve on its shameful record of employment of minority filmmakers.” In other words, the racist aspects for which Griffith’s name was being removed perhaps still prevailed in current industry hiring practices.

And, of course, not only American film history was being rewritten, but American history itself. Certainly it was not the fault of The Birth of A Nationthat it took another nearly fifty years for the civil rights movement to start making big differences. Griffith was being used as scapegoat not only for an industry but for the country as well. Remember, in 1915, the First World War having just begun, women—-black or white—-still didn’t have the right to vote. Do we no longer revere Washington or Jefferson because they kept slaves? In his brilliant documentary on the black heavyweight Jack Johnson of the 1910s, Unforgivable Blackness, Ken Burns quotes lengthy, virulently racist passages from such contemporary newspapers as The New York Times, Los Angeles Times and The Chicago Tribune. As Robert Graves has pointed out, it is impossible not to be a part of your times, even if you are against them.

When The Birth of A Nation opened—-an independent film, the world’s first $2.00 screen attraction, the first three-hour epic and, in terms of attendance, the most successful movie ever made—-it was immediately greeted with a storm of controversy, considered by some white liberal and black groups as “a flagrant incitement to racial antagonism,” authorities being urged in several states to ban its exhibition.

Griffith was deeply shaken by the accusations of prejudice. Being a Kentucky Southerner, born only a decade after the end of the Civil War, he had learned his slanted history from members of his own family, reduced to poverty by conditions during the Reconstruction, acknowledged by all historians as an extremely turbulent and tragic era for the South. As an answer to the outcry against The Birth of A Nation, Griffith put all the money he had earned into his next picture, a $2.5 million colossus (an unheard of cost for its time), Intolerance (1916), charting the course of prejudice through four ages of history from Babylonian times to the present. Though certainly very influential to filmmakers, Intolerance was not a success, and while Griffith still would have several more box-office hits, he actually never recovered his own financial equilibrium.

Despite every valid attack on the biased history presented by The Birth of A Nation, there also can be no denying the unsurpassed artistic impact it had on virtually all subsequent pictures. It was the first film ever screened at the White House; after seeing it President Wilson said, “It is like writing history with lightning.” Nevertheless, D.W. Griffith’s career neither began nor ended with this one notorious movie. In the seven years preceding, he made over 450 short films, which formed not only the essential alphabet, vocabulary and grammar of moviemaking, but were acknowledged as state of the art before there was an art; introducing a new, more intimate, acting style, bringing numerous stars to pictures, from Mary Pickford and Lillian Gish to Mae Marsh and Richard Barthelmess.

Of the almost thirty features he made after The Birth of A Nation, there are several humanist masterworks such as Hearts of the World, Broken Blossoms(an interracial love story), True Heart Susie, Way Down East, and Orphans of the Storm. When I asked the great filmmaking pioneer Allan Dwan how he had learned to direct, he said he went to see Griffith’s movies and just tried to do what Griffith did. Nearly everyone did that. John Ford is unthinkable without Griffith, of course, but so is Hitchcock. Orson Welles told a Spanish critic who was starting a film magazine that the most appropriate name for a definitive publication on cinema would be Griffith, and that’s what it became.

Since movie directing really begins with D.W. Griffith, the choice of his name for a director’s lifetime achievement award was not only apt but inevitable. The removal of his name, though addressing belatedly both a personal and a national sin, diminishes the artistic heritage of the prize. To see The Birth of A Nation today—-much of which remains remarkably affecting, like the battle sequences, the murder of Lincoln, the homecoming of the Southern colonel—-is all the better to witness afresh the terrible divisions that ravaged the country in the worst war of its history—-at a toll of 600,000 deaths—-the aftermath of which plagues us still. We can see as well how far we had to go, how far we have come, and how much farther we have yet to travel.

Posted by SilentCinema.com at 12:19 PM